Traffic Stops - What To Do? 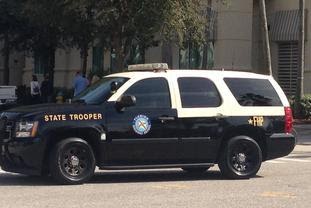 A lot of people get nervous when they see the red and blue lights behind them. At that time a lot of things might be going through your mind, such as I really can’t use another ticket. Some might even consider driving faster in an effort to get away from the officer. That is actually the worst thing you can do. In likelihood, the officer will catch up to you or you may even get into an accident when you are trying to get around other cars to get away from the officer. This could then lead to felony charges of fleeing and eluding or at a minimum a misdemeanor resisting arrest charge. Also if you pull over right away, you will have an additional argument later on if your case ends up going to court that you were cooperative and pulled over right away.

Pull Over in a Safe Spot

When you pull over, look for the closest and safest spot to pull over. If you are close to a gas station, for example, pull into the gas station to get out of the road. The officer will appreciate it when he approaches your car. It puts the officer out of traffic and in a safer spot where he doesn’t risk getting hit by another car. This will put the officer more at ease and may result in him being nicer to you.

Don’t Argue with the Police Officer

When the officer tells you why he pulled you over and accuses you of speeding, for example, do not argue with him. Be polite and don’t scream or yell insults at the officer. This will only upset the police officer and could potentially result in criminal charges of resisting arrest. The officer will also be much more likely to remember you if you are belligerent and he will most likely not give you any kind of breaks that he may have otherwise given you. Plus, if your case goes to court, he will tell the judge that you were belligerent and uncooperative and the judge will consider that when he or she makes a decision in your case.

Don’t Admit to Anything – Know Your Rights

Even though you want to be polite and cooperative when the officer pulls you over, you do not want to make any statements that might be used against you. This means when the officer asks you for your license give him your license. However, when the officer asks you if you know why he pulled you over, simply say “no.” If he asks you how fast you were going simply say “yes.” However, the officer may then ask you how fast you think you were going. At that point you should not admit to going even a mile over the speed limit. That would be an admission to speeding. If the officer does decide to write you a ticket and asks you to sign the ticket, by all means do so. Refusing to sign the ticket is not an admission of guilt and you will still have the ability to fight the ticket after you sign it. However, if you don’t sign the ticket, you can get another charge for refusing to sign the citation.

When you get a traffic ticket, it may not be in your best interest to just pay the fine. Paying the fine is considered an admission of guilt. This means that if you pay the fine, you will get the points on your driving record. If you pay several tickets in a certain time frame, you may end up having your license suspended for too many points. Plus, if you were involved in an accident, paying the ticket could be used against you in a civil suit.

Suspension for Points in Florida

An attorney will be able to make an argument to the court that you should not be given any points. If the court agrees, you will not get the points and avoid a hefty insurance increase. Kerstin Wade has successfully fought countless traffic tickets, contact us today for a free consultation at 813-401-0130.