Skip to navigation
Focused, Fearless Counsel To Help You Take Control of Your Future REACH OUT TODAY 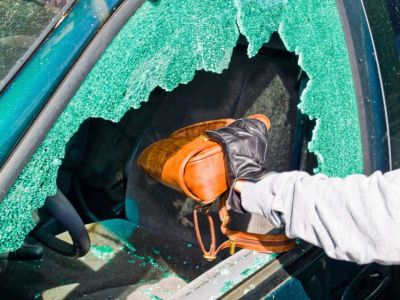 Facing any type of theft charge or shoplifting charge in Tampa can have serious consequences. You may end up with a permanent mark on your record that can cost you your job, prevent you from finding a job, or prevent you from being admitted into schools and colleges. Many people facing theft charges have no prior criminal charges. If this is your first arrest, it is extremely important to keep a criminal conviction off your record. If you need a Tampa theft crime or shoplifting attorney, contact us today for a free case evaluation. The Wade Law Firm handles Petit Theft, Grand Theft, Shoplifting, Embezzlement Charges in Tampa, Hillsborough County, and surrounding counties, such as Manatee, Sarasota, Polk, Pasco, and Pinellas Counties.

How to Defend Against Tampa Theft Crime Accusations?

In some cases, you may be falsely accused of having stolen some money. There could be various reasons for such false accusations of theft. Maybe another employee at your job dislikes you and is trying to frame you for a theft he or she committed. In either case, you should consult a Tampa theft crime attorney as soon as possible. Many times an attorney can contact the prosecutor and law enforcement officer so that the issue can be resolved before any criminal charges are filed.

Sometimes, you may have taken some property accidentally. Maybe you were at a store and became distracted and completely forgot to pay for a certain item and maybe the cashier even missed the item as well. In that case, a Tampa theft crime attorney can hopefully explain that this was just a simple mistake and is hopefully able to convince the prosecutor not to press charges against you.

Even if you have no other defense to the charges, you may be able to qualify for programs that allow for the charges to be dismissed because you have no prior theft offenses. An experienced criminal defense attorney can help you identify whether or not you qualify for this type of diversion program and convince the prosecutor's office to offer the diversion or pretrial intervention program to you.

In other cases, it may be in your best interest to look at what actually caused the theft crime. Sometimes it is psychological problems that can be best addressed outside of the judicial system. In that case, a lengthy prison or jail sentence is not the best way to prevent another theft crime from reoccurring. A knowledgeable criminal defense attorney can identify when this is the best route to take and can help convince the prosecutor to accept an alternative solution other than the lengthy jail or prison sentence they may be seeking otherwise.

Types of Theft Crimes in Tampa

Florida law has different levels of punishment depending on the amount of property that was taken or depending on whether or not you have any prior theft conviction. If the amount of property taken is less than $100, you could be charged with Petit Theft in the Second Degree, a second-degree misdemeanor. This means that you could be sentenced to up to 60 days in jail and/or a $500 fine or probation of up to 6 months.

If the amount of property taken is over $100 but less than $300, then the charge would still be a misdemeanor or Petit Theft in the First Degree. This means that you could be sentenced to up to 1 year in jail and/or $1000 fine and 1-year probation.

However, if you have two prior theft convictions of any type, you could be charged with a felony Grand Theft even though the amount of property that was taken is below $300.

If the amount of property taken is $300 or more, you would potentially face a felony conviction and a possible punishment of up to between 5 years and 30 years in state prison and/or a $5000 to $10,000 fine or 5 or more years of probation. Such a felony conviction can have disastrous consequences on top of just the sentence handed down in court. If convicted of a felony, you would have to register as a convicted felon, you would lose your right to vote, your right to carry a weapon, and possible employers may not hire you because you are a convicted felon. What the maximum penalty is that the court can impose will depend on the amount of the property that was stolen.

If the amount taken is more than $300 but less than $20,000, you could be charged with a Grand Theft in the Third Degree, a 3rd-degree felony and spend up to 5 years in prison and/or pay a $5000 and up to 5 years of probation. If you have 2 or more prior theft convictions, you could also face a third-degree grand theft charge even though the amount taken was less than $300.

Since the amount of property stolen makes a big difference whether or not you can be charged with Petit Theft or Grand Theft and what level of punishment you receive, an experienced Tampa Theft Crime Attorney may be able to mount a defense that the amount of items stolen is not as high as the prosecutor alleges. That would then in turn lead to a possible reduction of charges and punishment.

If the amount of property taken is under $100, you would face a second-degree misdemeanor and up to 60 days in jail. If the amount stolen is more than $100 but less than $300, you would face a first-degree misdemeanor and up to 1 year or 364 days in the county jail. If the amount of property taken is more than $300 before tax, you would face a 3rd-degree felony and up to 5 years in state prison. However, if you have 2 or more prior theft convictions of any type (that's not just shoplifting convictions but includes embezzlement charges and other theft crimes as well) then you would be potentially charged with a 3rd-degree felony even if you only stole a water bottle worth $1 for example.

Shoplifting Charges similar to Petit Theft and Grand Theft Charges also depend on the amount of property stolen. Because of that, an experienced Tampa Theft Crime Attorney may be able to have the level of charges reduced from a felony to a misdemeanor or to a lower degree. That would then in turn affect the sentence that you can get. Since many stores have video surveillance, there is oftentimes a video of the alleged shoplifting incident. Depending on what the video shows, this could either hurt you or help you. In some cases, the video quality is really low and that can make it impossible to see whether or not you stole anything. Kerstin Wade, an experienced Tampa Theft Crime attorney leaves no stone unturned to defense against the allegations against you.

Another issue that comes up with shoplifting offenses is what is called a "Civil Demand Letter". That is a letter that you would get demanding that you pay $200 in damages for the costs incurred from you stealing. These letters are often sent out by a law firm on behalf of the store. It is oftentimes the same law firm that sends thousands of letters every year on behalf of a big store such as Target or Walmart or even other stores as well. If you ignore the first letter, you will get a second letter and if you ignore that, you will keep getting letters. These civil demand letters are based on Florida Statute 772.11, which gives stores the right to demand treble the amount of damages incurred or at least $200. The law also allows that they file a lawsuit and that they be reimbursed for reasonable attorney's fees if they so desire and the demand is not paid. If you pay the civil demand, you will be guaranteed that no civil suit will be filed against you for damages. These letters are independent of the criminal case and have nothing to do with the restitution in the criminal case. If you are charged with a theft charge and have received one of these letters, contact an experienced Tampa theft crime attorney at the Wade Law Firm today, to see how we can help you.

These are oftentimes charges where an employee who has worked for a company for years is accused of taking money or property from his or her employer. In many situations, the men and women accused of this type of charge have no other criminal record or prior criminal convictions. However, because Florida law is very strict on these types of offenses, these accusations can result in lengthy prison sentences even for first-time offenders. Therefore, it is important that you have proper legal representation to avoid the sting of a felony conviction and a possible lengthy prison sentence. If you are called into a manager's office and asked questions relating to missing money or property, your employer might suspect you of embezzlement or employee theft. At this point, you should get help from a knowledgeable and experienced Tampa theft crime attorney right away and before making any kind of statements to your employer or law enforcement.