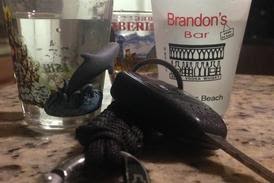 On December 28, 2015, Republican Senator David Simmons filed a new senate bill, Bill 2016 1244, that defines a first refusal of a breath, blood or urine test as an “offense” and provides for certain penalties on top of what the Department of Motor Vehicles can currently impose. This bill could potentially go into effect in December this year. If approved as currently suggested by the bill the penalties would be as follows:

The new bill however poses certain questions when it comes to the first refusal. These questions are:

It seems that the new bill would not make a first refusal a crime. That is supported by the wording in the bill which defines it as simply an “offense” but a second refusal as a first degree misdemeanor. Furthermore Florida Statute 775.08 defines a misdemeanor as “any criminal offense that is punishable … by a term of imprisonment in a county correctional facility” or a jail. The same statute defines a felony as “any criminal offense that is punishable … by death or imprisonment in a state penitentiary” or prison. However, the same statute defines “noncriminal” violation as an offense that can only be punished by a fine. So it seems that this new offense does not fit any of the current classes of offenses. Since the state attorney’s office only prosecutes criminal offenses, and this new offense does not seem to fit the definition of a crime under Florida law, it seems that the state attorney’s office would not be able to prosecute this offense.

It is clear that the new bill poses many questions that can only be speculated on at this time. Therefore, it is advisable for a person charged with this offense to hire an attorney to look into all of the possible defenses for the charge. You can always contact the Wade Law Firm at 813-401-0130 for a free case evaluation if charged with DUI and or refusal or another criminal offense.