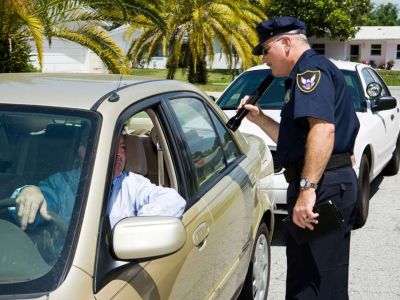 Driving While License Suspended Without Knowledge

An attorney can give you advice and help you avoid the serious consequences that a ticket for Driving While License Suspended Without Knowledge can cause.

Driving While License Suspended with Knowledge

Without any other aggravating circumstances, such as injury or death or prior convictions, this is a 2nd-degree misdemeanor punishable by up to 60 days in jail and a $500 fine. The prosecutor has to prove the following things before you can be convicted of this crime:

It may seem like a good idea to resolve this charge with just a minimal fine and some court costs without paying for an expensive attorney. However, doing so can cause serious consequences. After all, the prosecutor may even allow you to enter a plea to this charge and avoid a criminal conviction (by offering you what is called a Withhold of Adjudication). However, doing so is still considered a "qualified conviction" for the DMV and can as such cause you to lose your driver's license for 5 years under certain circumstances. It will also count as a prior conviction for purposes of enhancing the penalties should you ever be caught for Driving While License Suspended again.

An experienced criminal defense attorney can help you avoid these consequences by negotiating a reduced charge or checking whether or not you qualify for the "clerk's withhold." The clerks withhold will not trigger a 5-year driver's license suspension as a plea to a withhold of adjudication would. However, in order to take advantage of the clerk's withhold, you have to take immediate action before your court date. Therefore, do not delay hiring an experienced criminal defense attorney so you can still take full advantage of all options that may be available to you and don't risk losing your driving privilege and ability to drive to and from work, pick up your kids from school or go to the grocery store.

Driving While License Suspended HTO or After Prior Conviction

Having prior convictions for DWLS or being considered a Habitual Traffic Offender will increase the penalties. In that case, you can be charged with a 1st-degree misdemeanor punishable by up to 1 year in jail and/or a $1000 fine. Under some circumstances, DWLS on an HTO suspension can be considered a 3rd-degree felony and is punishable by up to 5 years in prison and/or a $5000 fine.

Driving While License Suspended Causing Death or Serious Bodily Injury is considered a 3rd-degree felony and punishable by up to 5 years in prison and or a $5000 fine. If you seriously injure two or more people, you could be charged with a separate felony for each person that was injured. In those cases, it is extremely important to hire an experienced criminal defense attorney because it can mean the difference between a lengthy prison sentence and possibly probation or even a reduction in charges. An attorney will be able to ensure that no stone remains unturned to defend against these allegations. An important question is whether or not the alleged victim suffered serious bodily injury as defined by the law. Without serious bodily injury, this would only be a misdemeanor.